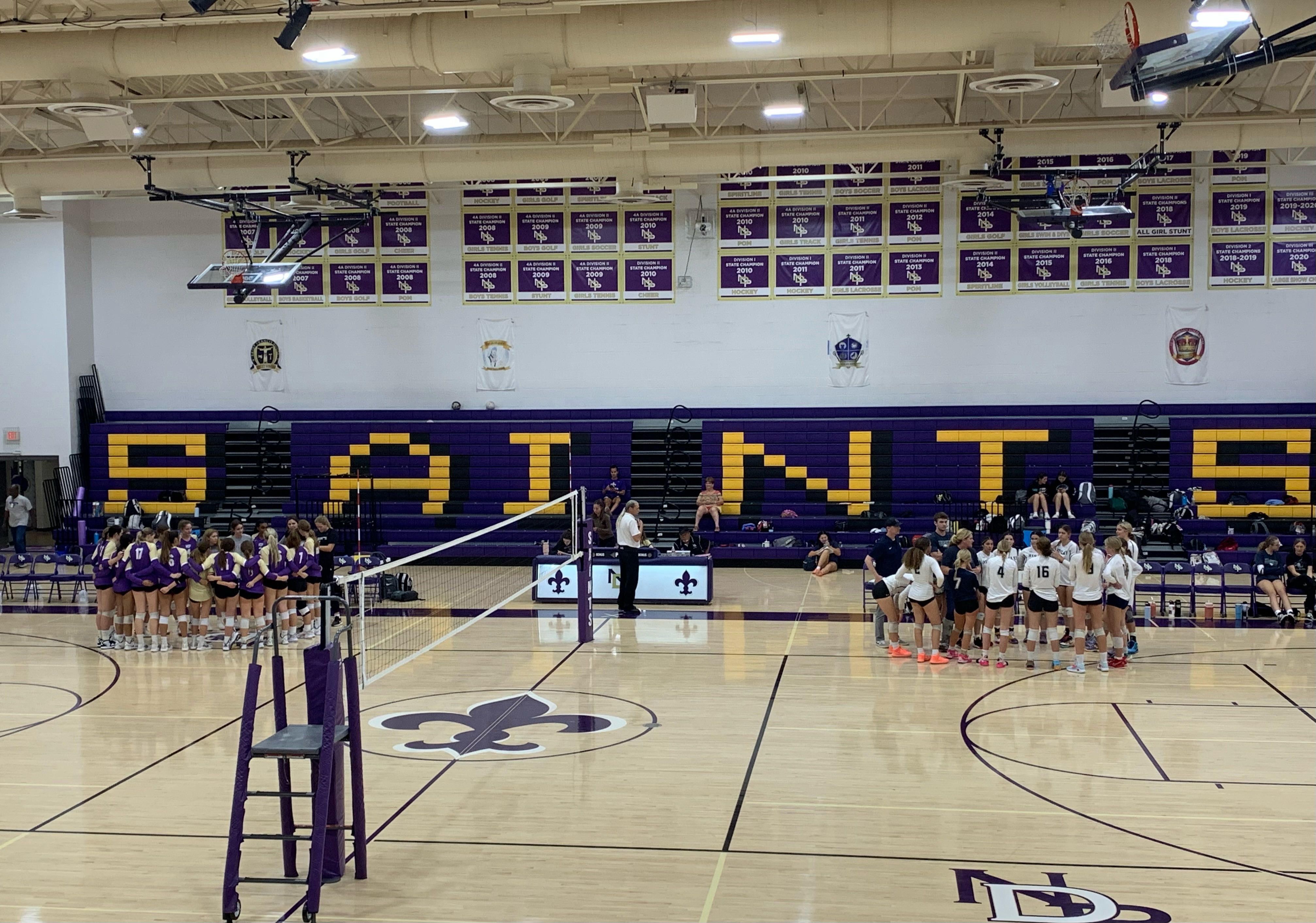 Alex Wakefield is an ASU Cronkite School of Journalism student assigned to cover Higley for AZPreps365.com

Higley struggled out of the gate, starting the first two sets down 4-0 and 3-0, respectively, and failed to challenge Notre Dame Prep down the stretch of those sets.

“I think we coasted a little bit in the first two sets,” Kraemer said. “We expected the other team to make mistakes or make it easy for us. They didn’t, and we weren’t prepared mentally for some reason.”

Notre Dame Prep’s robust offensive attack created problems for Higley. Senior Lexi Yoza asserted control over the match from the start, ultimately recording 30 assists. While 15 of those assists were to junior outside hitter Evan Hendrix, the reigning 4A division Offensive Player of the Year, the other half were distributed throughout Notre Dame Prep’s offensive personnel.

“That’s kind of [Yoza’s] bread and butter, to be able to move the ball around,” McLean said. “That’s how she runs our offense, and I think it’s good for team chemistry to get everybody involved to build everyone’s confidence.”

Yoza’s favorite target, however, is Hendrix, and the chemistry between those two was evident at the game’s biggest moments.

“They’ve been playing together for a long time,” McLean said. “They’re two experienced and seasoned players.”

After a difficult start, the Knights showed some real fight in the third set.

After starting the set 5-5, the two teams traded runs, starting with a 5-0 run that gave the Knights their largest lead of the match. Notre Dame Prep countered with a 7-2 run of their own, tying the game at 12-12, and from there the match had its most competitive stretch: nine lead changes and eight ties, with neither team leading by more than a single point.

After tying the game at 20 with a Copple kill assisted by senior libero Peyton Gawronski, Higley failed to score another point.

To close the match the Saints leaned on their most effective partnership – Yoza’s setting and Hendrix’s hitting, and the pair connected twice in the match’s final five points. You could sense frustration from Higley’s finishing group as Notre Dame Prep pulled away, and Copple acknowledged that emotions played a part in her team’s performance.

“I think we really need to come together a lot,” Copple said. “We need more good attitudes from our teammates and we need to keep staying strong.”

Kraemer, however, thought the way his team handled the final set was a positive indicator leading into the second half of the season.

“They didn’t quit. They didn’t give up,” Kraemer said. “Even in the last game after we’d gotten our butts kicked for a little while. We made it a game and we were right there in set three. We fought the whole time, and at the end, I’m OK with that”

A truck carrying loaded with giant skull got a lot of strange looks Monday. SCOTTSDALE, Ariz. — There was something frightening traveling on Scottsdale roads Monday and we’re not talking ‘Snowbirds.’  It was a giant skull riding in the back of a truck. Darryl Grimes was the one driving the...

There's A Halloween 'spook-Trackular' Coming To Scottsdale, And The Giant Skull Being Driven Around Town Has Something To Do With It!

They’re Bananas About Baseball, And They’re Visiting Arizona This Spring

Professional baseball teams have held spring training in Arizona regularly since the 1940s, but the spring of 2023 will feature something new: Banana Ball.The Bananas, an offshoot of the Savannah Bananas, will play two games in the Valley this spring: March 31 at Scottsdale Stadium and April 1at Peoria Sports Complex.“We’re fired...