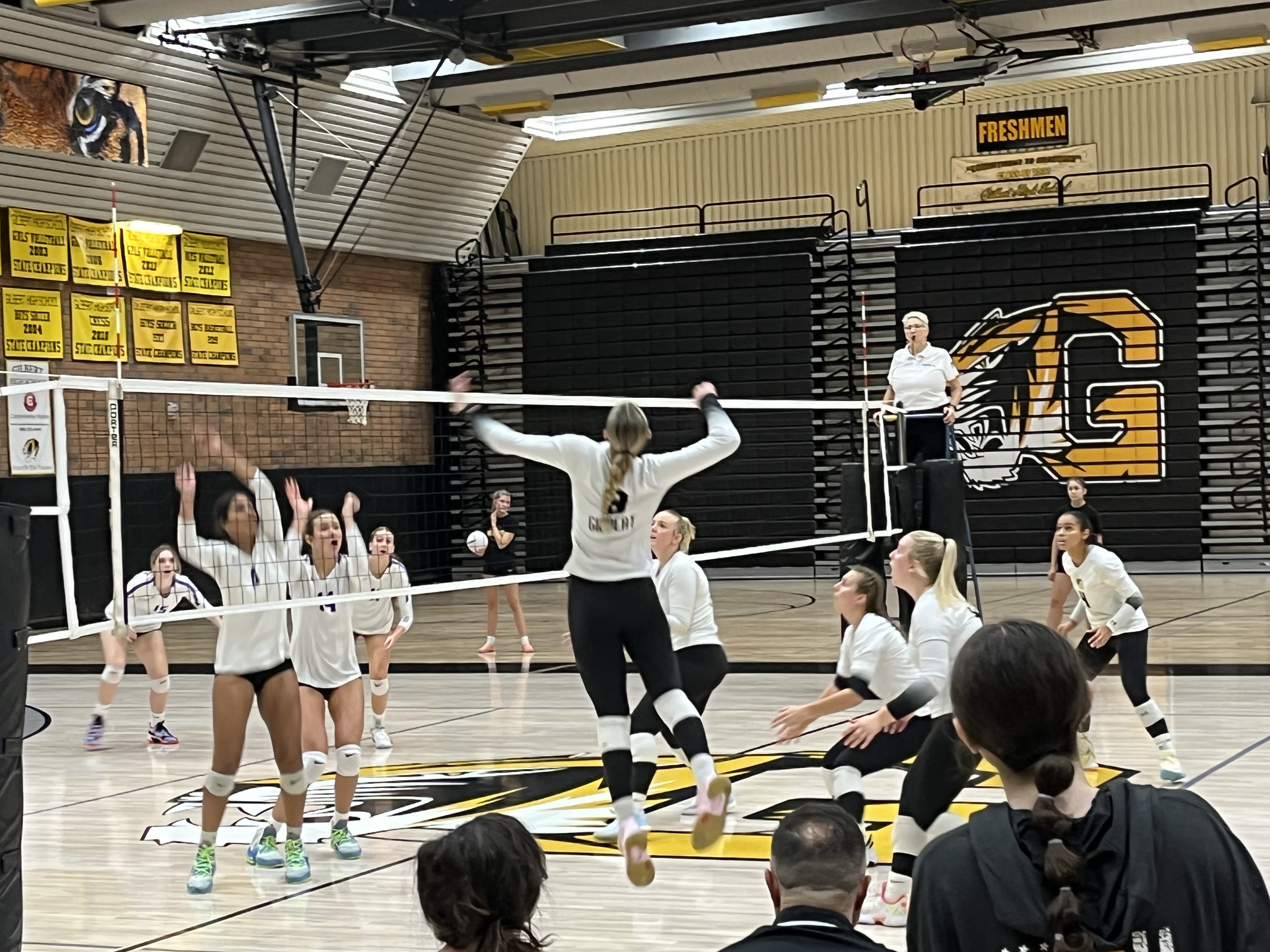 The volleyball race in the 6A Central Region has pared its unbeaten teams in region play to two.

Two teams are unscathed after three matches in the six-team region. Two who were perfect met Thursday evening with Gilbert turning in a surprisingly easy 3-0 victory over Queen Creek at The Jungle.

Gilbert’s victory sets up an early showdown for sole possession of first in the region with Corona del Sol on Sept. 27 at Corona. Corona bested Highland on Thursday to move to 2-0 in region. Queen Creek continues play Sept. 27 with a home and region match against Desert Ridge.

“I know we didn’t get their best game,” Gilbert coach Joe Hesse said of the Bulldogs. “They have more pop at the net, and we have an elite defender in Kenzie (McKenzie Schoenhardt). Our defense played well, and we served well. Combine those things, and it was a good night for us.”

Schoenhardt, a senior, was honored postgame after reaching the 1,500 digs mark for her career. She posted 31 digs in Thursday’s match. Alex Johnson aided the defensive effort with 17 digs.

Four Gilbert players registered between five and nine kills in the match. Middle Sydney Mahon and outside Cameron Bales led the quartet with 10 kills each. Next were outside hitter Raegan Richardson (7 kills) and opposite Elli Walker (6 kills). Unofficial attack leaders for Queen Creek – Blaykli Bobik (7 kills), Madisyn Crnjac (6 kills) and Haleina Bowers (5 kills).

The teams played a tight first set through a 15-15 score. Gilbert pulled away to a 23-18 advantage with two kills from Richardson and one each from Bales and setter Alex Johnson. The Tigers closed out the set in short order.

The second set was tougher. Queen Creek built a 9-4 advantage, but the Bulldogs lead gradually slipped away. Gilbert caught up at 14-all and led by as many as four (19-15) before a 4-0 closing run blunted Queen Creek’s rally (20-21) in trying to even the match. Set three was all Gilbert with seven Tigers collecting a kill.

Kent James Kaiser 1969-2022 Kent James Kaiser, beloved husband, father and Papa, passed away in Gilbert, AZ on September 25, 2022 after complications from pneumonia. Alfred and Shirley Kaiser welcomed him into the world October 25, 1969 in Cheyenne, WY. Kent is a born and raised Wyoming boy. He helped...